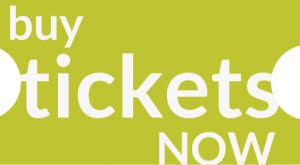 Luck be a Lady in Glenelg’s Production of “Guys and Dolls!”
The iconic production of “Guys and Dolls” is bringing the streets of New York City to the Mulitz Theatre this February 26 – 29 at 7:00 pm, and February 29 at 2:00 pm! Under the direction of Cate Barry with technical direction by Stephen Strosnider, this 1950 Broadway original will be following the story of gamblers, Hot Box dancers, and a missionary band all in the Big Apple. Jenni Dunn, director of music, stepped up to assist the high schoolers with complex harmonies and rhythms that lay within the emblematic songs. The cast is comprised of veterans and new faces, with sophomores Amber Garica ‘22 (Sarah Brown) and Gavin Gundersen ‘22 (Sky Masterson) taking on leading roles. Izzy DeBonis ‘20 and Alejandro Flores-Chevere ‘20 return on stage one final time as Miss Adelaide and Nathan Detroit. An intricate set is in the works, being built by Glenelg students, as well as hand-made costume pieces by Ms. Barry’s Props and Costumes class.
“Guys and Dolls” follows the stories of two seemingly doomed relationships. One between famed gambler, Sky Masterson, and uptight missionary, Sarah Brown. Sky travels into town when he hears word of the oldest-established permanent floating crap game in New York. Here he meets Sarah, a missionary trying to save her dying mission in a city of sinners where nobody wants to be saved. The second relationship is between head Hot Box dancer, Miss Adelaide, and gambler Nathan Detroit. Nathan avoids marriage at all costs while Adelaide is willing to do anything to tie the knot after a grueling 14-year long engagement. Hot Box dancers, crapshooters, and missionaries come together to tell a lively story, and “Guys and Dolls” presents that narrative.
This classic theatre production is sure to be a hit. Backed up by dazzling sets, skillful direction, and energetic choreography, the GCS performers are excited to take the stage again and blow away the audience in this year’s production of “Guys and Dolls.”
Written by Isabella DeBonis ’20, and Kiran Saini ‘20
Special note: Our performance on February 26 is “Pay What You Can” night. Tickets for the evening’s performance are only available at the door.

An independent school serving students from age 2 through grade 12 in Howard County, Maryland.